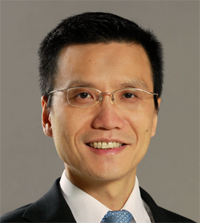 Ivan Chu, Chief Executive of Cathay Pacific Airways, has been nominated by the Governing Board of oneworld®, the leading global airline alliance, to serve as its Chairman for the year ahead.

He succeeds Willie Walsh, CEO of IAG, the parent of oneworld members British Airways and Iberia.

As oneworld Governing Board Chairman, Ivan Chu will act as “first among equals” of the CEOs of the alliance’s member airlines in oneworld governance.

Ivan Chu said: «oneworld is the world’s leading global airline alliance and I am very honoured to be asked to serve as Chairman of its Governing Board in the year ahead. I look forward to working with other board members to drive continuous developments of oneworld. We will never rest on our laurels. We will keep working to provide a seamless travel experience for the millions of customers who fly with oneworld every year.»

oneworld CEO Bruce Ashby said: “We thank Willie Walsh for his leadership of oneworld as the alliance completed its biggest yet membership expansion and welcome Ivan Chu as his successor, as we move ahead on the next phase of our journey to establishoneworld firmly as the first choice alliance for frequent international travellers the world over.”

Ivan Chu was appointed Chief Executive of Cathay Pacific, which is a founder member of oneworld, in March 2014.  He is also Chairman of Hong Kong Dragon Airlines Limited (which is an affiliate member of oneworld) and a Director of John Swire & Sons (H.K.) Limited and of Swire Pacific Limited.

Before his current role, he had been Cathay Pacific’s Chief Operating Officer for three years, having served as its Director Service Delivery from 2008.

He joined the Swire group, which is Cathay Pacific’s main shareholder, in 1984 and worked with the group in Hong Kong, Mainland China, Taiwan, Thailand and Australia.

oneworld is an alliance of 15 of the world’s leading airlines, committed to providing the highest level of service and convenience to frequent international travellers.  Member airlines include airberlin, American Airlines (including US Airways), British Airways, Cathay Pacific, Finnair, Iberia, Japan Airlines, LAN Airlines, TAM Airlines, Malaysia Airlines, Qantas, Qatar Airways, Royal Jordanian, S7 Airlines and SriLankan Airlines, and around 30 affiliates.  Between them, as part of oneworld, these airlines:

oneworld member airlines work together to deliver consistently a superior, seamless travel experience, with special privileges and rewards for frequent flyers, including earning and redeeming miles and points across the entire alliance network.  Top tier cardholders (Emerald and Sapphire) enjoy access to more than 600 airport lounges and are offered extra baggage allowances and priority baggage delivery.  The most regular travellers (Emerald) can also use fast track security lanes at select airports.

oneworld is the current holder of six of the nine leading “best airline alliance” titles available in the various industry award schemes: 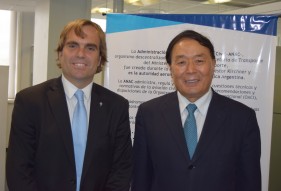 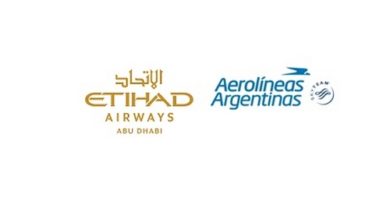